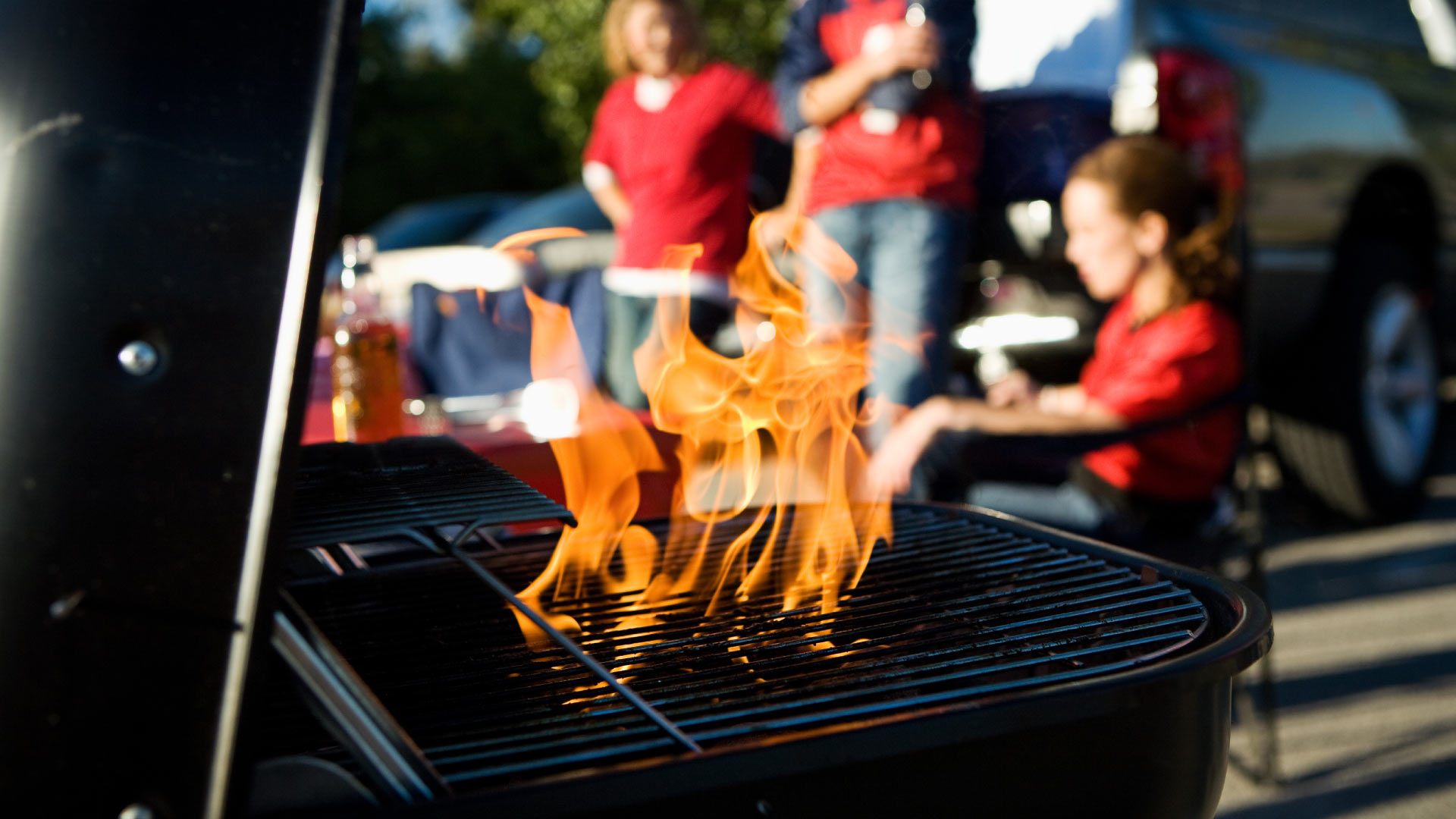 College is as full of new adventures as your car is on the day you move in to your dorm. Storage.com can help you tackle your college career with helpful tips or by providing you a safe storage solution for summer breaks.

There’s no right or wrong way to tailgate, but the folks who drive these ultimate tailgating vehicles are definitely doing it right. They take tailgating to the next level by pouring their heart and soul (and a lot of their savings) into an epic tribute to their favorite teams.

A fire truck and an army truck may seem like an odd combination, especially for football tailgating. But Texas A&M alum Barney Fudge pays tribute to his alma mater by inviting all Aggies fans to his two-truck tailgate party. Draw yourself a beer from the side of his re-purposed army truck, and join the party that always seems to surround these two impressive rigs.

A fourth generation Chevy Caprice from the early 1990s is certainly an unusual tailgating vehicle. But give it a maroon and gold paint job and 28-inch rims, and suddenly its tailgating value is immeasurable to a Minnesota Gopher. Sure, you can’t fit a grill in the trunk, and there definitely aren’t any flat-screen TVs to be found in this ride. But hanging around this epic tailgating vehicle might be the biggest win on a Gopher game day.

A group of Rutgers alumni engineering majors put their degrees to good use by re-purposing this retired Atlantic City Jitney. This award-winning tailgating vehicle has its own flat screen TV, custom grill, and of course, a kegerator. And they’re not done yet. Every off-season allows these guys to add more custom features to their New Jersey gem. It should be noted that the Rutgers Jitney’s picture hangs in the tailgating section of the College Football Hall of Fame in Atlanta, GA.

Cockabooses are prime tailgating real estate in South Carolina. These renovated train cars sit on a dormant train track near Williams-Brice Stadium, and cost between $250,000 to $300,000. With only a three-minute walk to the game, a Cockaboose is the epitome of luxury tailgating. Air conditioning, catered food, and access to the stadium’s closed-circuit television system are only a few amenities included in every train car.

The decorations may be a bit unconventional, but there is no lack of school spirit on this vintage Lincoln Towncar. Instead of TVs, grills, and fancy speakers, the owner of this ultimate tailgating vehicle uses skulls, flags, and a gargoyle to pay homage to the Nebraska Huskers.

Jeff Herbert is out to prove that family friendly tailgating is not a dying art. Jeff has been tailgating with his 1967 hearse outside Memorial Stadium in the same spot since 1983, and nearly all bowl game appearances. So If you find yourself at a Clemson football tailgate, a visitation to the Paw Bearer is a must, because this tailgating vehicle is simply to die for.

Inspired by the Clemson Paw Bearer, University of North Carolina alum John Snipes bought a hearse of his own and decorated it Tar Heel style. With three custom sun roofs and flame-shooters on the rear tailpipes, this 12 mile-per-gallon monster has entertained countless fans and tailgaters at Tar Heel parades and followed the team all over the country.

This 1988 E150 Conversion Van isn’t hard to spot outside Milan Puskar Stadium on game day. Steve Sanders has spent the last decade customizing his late 1980s ambulance with a Mountaineers paint job, cable TV, a massive set of party speakers, computers, and plenty of coolers and chairs for anyone who stops by.

Sure, sure, the Cardinals are not a college football team. But it’s not every day you see a golf cart with a grill attached. This street-legal subcompact tops out at 25 miles an hour, and gives its driver the freedom to move about the parking lot.

These guys give ‘going green’ a whole new meaning. You can find this retired garbage truck near Autzen Stadium most game days giving out hot dogs, drinks, and spreading the good word about recycling.

11. THE UNSUPERVISED BUS OF LSU

The proud owners of The Unsupervised Bus (T.U.B.) inherited a prime tailgating spot when their friend who had previously tailgated in a hearse decided to retire from the business. Their buddy also bequeathed to T.U.B. a coffin, which was given LSU tiger stripes and converted into the ideal cooler for tailgate food and beverage.

The owners of this limo ride to every Virginia Cavaliers game in luxury, chauffeur not included. If you happen to spot the Wahoo Limo outside Scott Stadium before a Cavaliers game, be sure to get your picture taken in front of this fancy tailgating vehicle.

Former Clemson football player, Will Merritt, and his wife, Melissa, really took tailgating to the next level by sailgating. The couple revamped an old pontoon boat in true Clemson style on an episode of Flipping Ships. Complete with authentic stadium seats from Clemson’s Memorial Stadium, astro-turf, and of course a grill, the Merritts have brought the tailgate to the water.

This ambulance was built to party. The Toledo Jambulance has a flat-screen TV, two computers, and a massive stereo system, all designed for the ultimate tailgating experience. Regardless of what happens in Glass Bowl Stadium, the Jambulance is always a hit before and after the game.

The Master Gator has everything you need to host the most epic tailgate party, including a massive set of speakers, private bathroom, and porch. The best part? You can rent it yourself, driver included.

SAVE MONEY ON PARKING
FOR YOUR TAILGATING VEHICLE

Did we leave your favorite tailgating vehicle out? Let us know in the comments!

If you like tailgating, be sure to check out Tailgating Essentials and The Best College Tailgating Scenes.

Three Ways College Students can use Self Storage

Tips for Splitting Your Storage Unit

Find Storage Units Near You
About Storage.com